Home » Gun News » Got Your First Gun During COVID Panic? Do These 6 Things RIGHT NOW
ShareTweet

So you decided to finally become a gun owner due to coronavirus-related fears? Well, we’re glad you’ve finally joined us, but there’s a few things you really need to learn and fast.

Under normal circumstances, we’d tell you to just go take a basic NRA gun safety course or something similar. State hunter safety courses are good, too. Most of them include safe handling and some range time. However…well, things aren’t normal and most of those classes aren’t being offered right now.

So let’s get started.

They aren’t actually “laws” the way the National Firearms Act is a law. It’s more that these four rules cover almost everything you need to know about how to handle a gun safely.

In short, treat a gun as if it’s loaded even if you know it’s not. Never trust that it’s unloaded; VERIFY that it is.

If there’s a person or other living thing that you don’t want to be perforated by a bullet, don’t point the gun at it (or let your gun’s muzzle sweep across them).

Don’t touch the trigger unless you darn well intend to press it. Keep your finger out of the trigger guard, preferably indexed on the frame, unless you’re about to shoot a target or a threat.

If you’re going to shoot, know what’s behind and around your target. Make sure there’s backstop, or that nothing or no one vital will get hit by a bullet if it passes through the target.

Get on YouTube. Watch every video you can about basic gun safety and basic handling. Here’s a good one:

Many, many people who bought a gun and thought themselves responsible did not heed these rules when they should have known better. Sometimes, they just have to patch a hole in the floor. Sometimes…tragedy happens.

Second, learn how to maintain your specific make and model firearm.

Get on YouTube, and look up “(name of your gun here) cleaning and lubrication.” Chances are you’ll find what you need. Get the necessary supplies to do so. Those Hoppe’s cleaning kits that go for under $15 at the gun store might not be the “best” tools for the job, but they work and they work well.

Third, if you’re going to carry your gun, then get a decent holster for it. 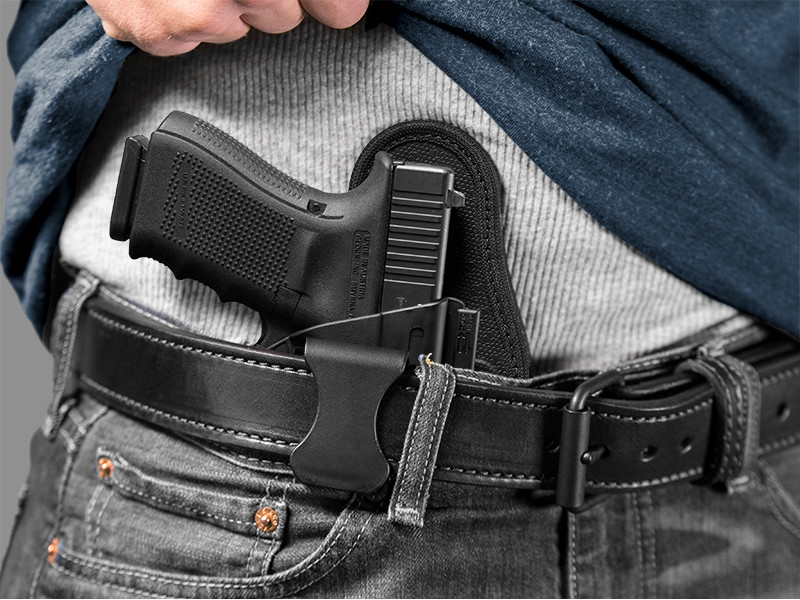 We can debate the merits of various materials and designs another time. For now, that’s the minimum of what you need in a holster. If you’re buying off the gun store shelf, it’s a good idea to go with one made of either Kydex, leather or a hybrid of the two.

Tip: avoid one-size fits all and nylon pouch holsters. Very few people who are serious about handgun proficiency use either of them. If you have no other choice…they’re better than no holster, but try to find something else.

Fourth: a related note on a handgun either for concealed carry or home defense…do not use full metal jacket ammunition anywhere except at the range. 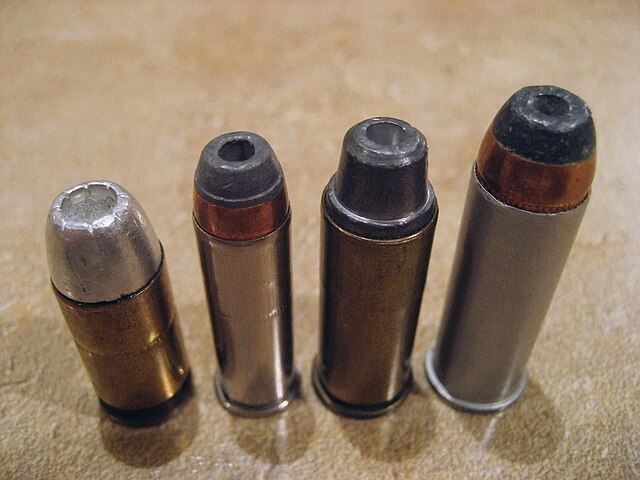 Get whatever hollow point personal defense round you can for your firearm. Fragmenting and/or frangible ammo is okay, too. Just not hardball, and yes that very, very much applies to .45 ACP.

FMJ (full metal jacket) ammunition is fine for practice at the range, but tends to over-penetrate (goes right through) bad guys. JHP (jacketed hollow point) ammunition is designed to expand inside an attacker. That makes it more likely to stop the threat and less likely to continue on into something or someone else behind that person.

On a related note, make sure you have an appropriate self-defense load for a shotgun (usually buckshot or a slug) or a rifle, which is either fragmenting/frangible ammunition or a hollow point.

Fifth: Lock your gun up when not in use. Get a safe of some sort. If you have a handgun, even a cheap lockbox is better than nothing.

If you can’t get a safe, make sure to use the cable lock that came with the gun (every gun comes with some kind of locking device) to lock the action. If your gun didn’t come with a cable lock for some reason, get one. They’re cheap and you should be able to find one at the hardware store. In fact, many police departments even give them away for free.

Finally, with fewer gun ranges being open right now, train at home by dry firing. Get on YouTube and watch every video you can about effective dry fire practice and the basics of marksmanship.

You aren’t going to learn anything without getting some time behind the gun, but the good news is dry fire practice is easy and it’s free. If you can get started on honing those fundamentals, even for a few minutes per day, you’ll be off to a good start.

Then, when all of this is finally over…hit the range. Get some training.

Remember that gun rights are civil rights, too. You bought a gun because you have the right to do so, which is not a right enjoyed by many people on earth. It’s also a right that a lot of people in this country want to take away from you and me and everyone else.

While we all live in a society together, that doesn’t mean we must tolerate stratification of our society into those with the power to do what they will and those who must obey or suffer. You have the individual right to keep and bear arms. Use it and cherish it.

Stay safe out there, folks.